Home › Books › Meet Me Under The Ombu Tree

Meet Me Under The Ombu Tree

UK Edition of 'Meet Me Under The Ombu Tree' 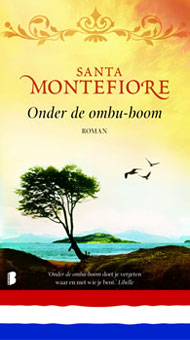 Dutch edition of 'Meet Me Under The Ombu Tree'

Sofia Solanas grows up on a magnificent ranch in the middle of the Argentine pampa, amid the grand traditions of the Argentine nobility and the mysticism of the native gauchos. Spoilt, wilful, resourceful and proud, Sofia is loved by all around her. All, that is, except her Irish mother, Anna, who punishes her daughter for her own sense of alienation and inadequacy while doting on her sons. Then Sofia embarks on a passionate love affair that can only bring shame upon the family. When Anna discovers the relationship, she is horrified and sends Sofia away to Europe, inadvertently exiling her from her family and the man she loves for over twenty years. And then a family tragedy calls Sofia home.

Following the story of the Solanas family in Argentina during the tumultuous years of political upheaval, and Sofia’s life as an exile, Meet Me Under The Ombu Tree is a moving, evocative and unforgettable story of love and forgiveness from a brilliant new voice.

If you are inspired to visit Argentina and would like to stay on a farm like Santa Catalina and experience the Argentine way of life, please check out the links section for more information.

Having tried to write various novels, without success, my husband (then boyfriend) already a successful writer himself, advised me to look inside myself for inspiration, rather than outside. What hurt when I thought about it? What meant a great deal to me? When I thought about it like that, the answer was easy: Argentina.

On reflection, I don’t know why it took me so long to realise what a great story I had right under my nose. I’d gone to work in Argentina as a nineteen year old, fresh out of boarding school, and fell in love with the flat, humid plains of the pampa, the flamboyant gaucho culture of cowboys and horses, the beautiful estancias where long avenues of towering plane trees cast dappled light onto the dusty tracks that cut across those plains like scars. I inhaled the scents of jasmine and eucalyptus and never wanted to leave.

I taught English to three small children, spending holidays and weekends on their beautiful ranch, hanging out with a large group of their elder cousins who all had houses on the same farm, sharing the pool, tennis court and polo fields. I spoke Spanish, got to know the centre of Buenos Aires as if I’d grown up there, and made some wonderful friends. At the end of the year I had to leave to begin my university course at Exeter University. I was heartbroken, but I knew I’d go back.

I read Spanish and Italian at Exeter, proudly speaking Spanish with a strong Argentine accent, and saved up enough money for the flight back a year later.

To my disappointment I realised on my return that nothing stays the same. People move on. The friends I’d hung out with had dispersed, some going to study in the USA, others not going down to the farm every weekend as they had boyfriends in the city. I was devastated that I hadn’t slotted back in again as I had expected. I was a tourist where before I had been a part of the fabric of the place. I didn’t belong – the train had left the station and I remained, forlorn on the platform.

The realisation that I had lost something precious, something that could never be retrieved, hurt me profoundly. I couldn’t turn the clock back. So, that is what my novel is about – an allegory of my love affair with Argentina.

Writing it was cathartic for me. I relived the year I had spent there in every description of the country. I poured my love into my characters. I regretted my loss in the tragedy of their love story. The months I spent writing the novel allowed me to revisit Argentina and finally get it out of my system. Now I love it from a distance without desperately trying to belong.

I have plans to write a sequel one day, but do sequels ever work? What do you think?

Santi walked across the pampa to the ombu. There was enough light from the clear, starry sky for him to see his way without stumbling, but he knew the terrain without it. Once at the tree he climbed it to the top where he sunk on to a steady branch and leant miserably back against the thick trunk…His stomach churned with nausea and his head ached. He looked out into the night and remembered how he used to sit there with Sofia, gazing up at the planets and stars that glimmered above them. He wondered if she could see the same sky and whether she looked up at it and still thought of him.

‘A kind of Anglo-Argentine Dynasty, with lots of smouldering Latin boys swinging their polo mallets about. Very readable.’
Telegraph Magazine, 2001

Buy the ‘Meet Me Under The Ombu Tree’ from Amazon